Founded in 2003, Spinlock came to life as a spin-out of one of South America’s oldest universities. With a profound scientific heritage, it quietly became an innovation model developed technologies that today are game changes in the Oil & Gas and Food Industries.

Spinlock was born in 2003 when Daniel Pusiol, an experimental scientist and University professor, decided to jump off and pursue his dream of bringing his lifetime experience in research, into private sector industry. Based on the concept of “providing Magnetic Resonance solutions,” Dr. Pusiol surrounded himself with his most reliable and skilled people, who believed in his project and committed to it. 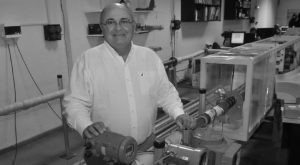 Launch of development project in the United States.
2007

Spinlock launches its first oilseed analyzer, the SLK-100. Its validation was given at the National Institute of Agricultural Technology (INTA Argentina)
2008

The analyzer allows to determine the porosity of rocks for oil fields.

Embrapa (Brazil): Development Contract for the SLK IF 1300

Y-TEC performs the Flowmeter test on the Flow Loop installed in Spinlock. 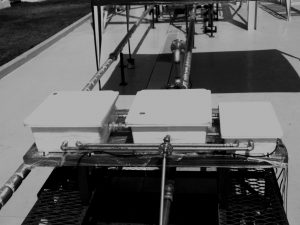 The most advanced Magnetic Resonance System for quality assurance and control. 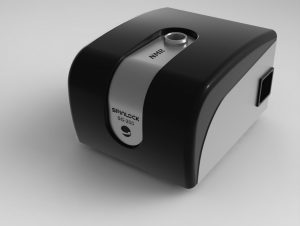 In order to provide the best technical support worldwide Spinlock has representatives in Turkey and South Korea.

The R & D team launches the protein measurement for the SLK-200. In seconds the percentage of this parameter can be obtained in Soybeans.
2015

After 18 months of construction, Spinlock proudly presents its imposing Corporate Headquarters Building with the exclusive design of the Architectural Firm, “STC Architects”.

The building seeks to reflect the identity of the company through sophistication, technological design, presenting, at the same a minimalist and austere image.

Spinlock makes a representation agreement with a major distributor of laboratory products in Ukraine.

Start of the MFM III trials